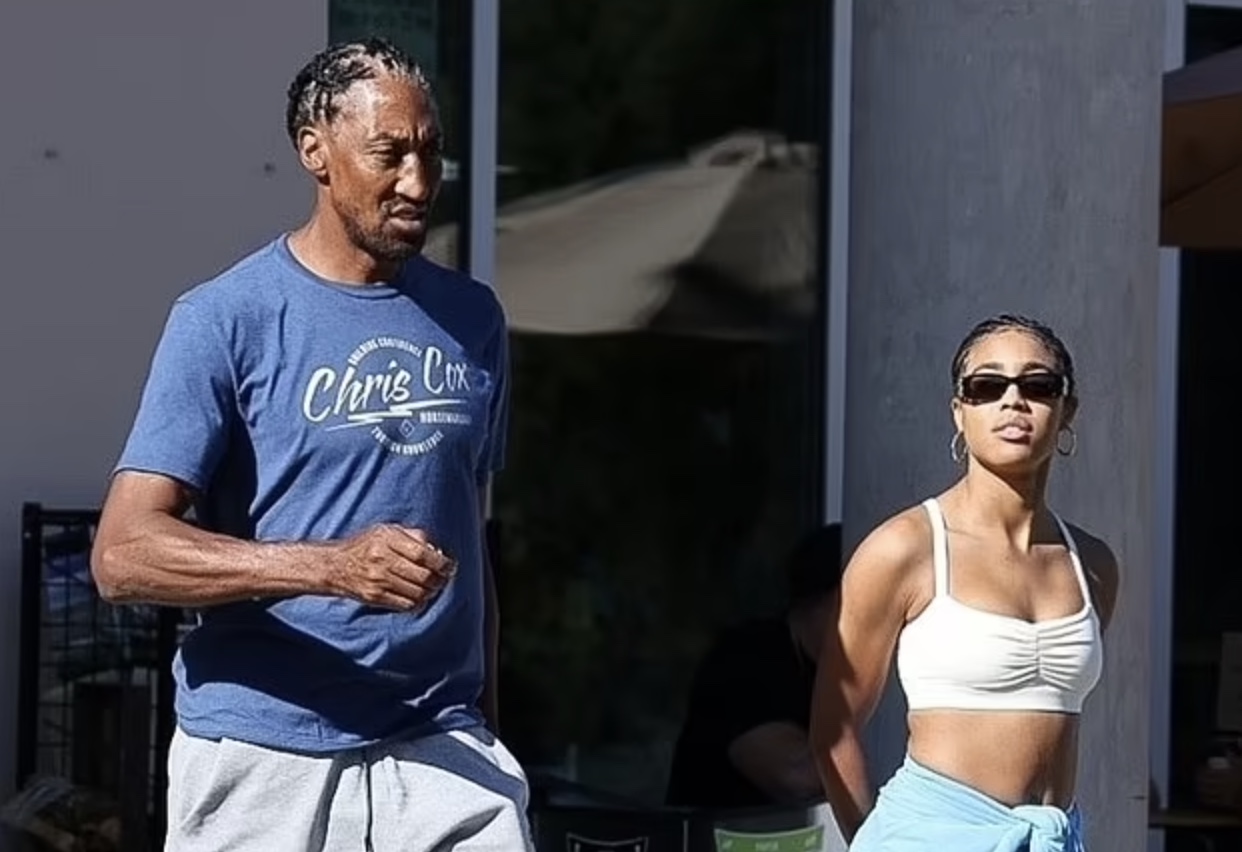 Is Scottie Pippen getting his groove back?

I assume Scottie was like, if his ex-wife can date men half her age, why can’t he do the same? While Larsa is out twerking and jet-setting with Michael Jordan’s son Marcus, Scottie was spotted with a mysteriously young lady grocery shopping, according to the Daily Mail.

Scottie Pippen was seen out with a mystery woman going grocery shopping at Erewhon in Calabasas, California, amid news that his ex-wife Larsa Pippen has struck up a romance with Michael Jordan’s son Marcus.

Pippen, 57, was clad in a blue T-shirt with ash grey shorts and grey and black Nike sneakers as he made his way out of the upscale market.

The seven-time NBA All-Star was seen with a woman clad in a white athletic wear ensemble with white sneakers and a light blue sweater tied around her waist. She wore sunglasses and hoop earrings.

An insider told the outlet that Larsa and Marcus – who is is the founder of the Trophy Room boutique – appeared to be ‘very cuddled up’ Thursday while out for dinner at the New York City restaurant Catch Steak.

‘They are definitely an item,’ the source said. ‘As the night progressed it was obvious to everyone in the restaurant that she was really into him. She was hugging and kissing him, and she was practically sitting on his lap by the end of the dinner. It became a bit of a spectacle to onlookers as it was quite distracting.’

Scottie and Larsa initially exchanged vows in 1997 and are parents to four children: Scotty Jr., 21, Preston, 20, Justin, 17, and Sophia, 13. The former pair said they were separating in 2016, but got back together until Larsa’s divorce filing in November of 2018, with the divorce finalized last December.

At least on the surface, it doesn’t look like Scottie is too broken up about his ex-wife dating his teammate’s son.

Flip the pages for Pippen out with his new lady.