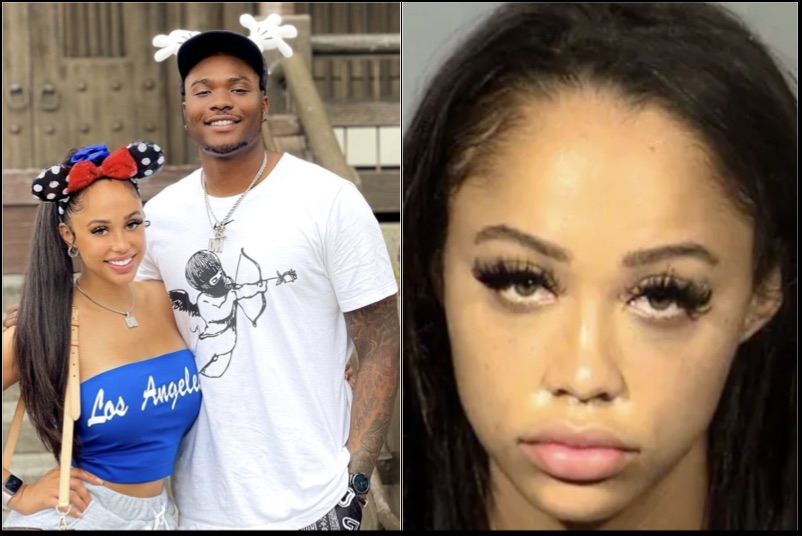 BSO had reported that Haskins and Kalabrya had just announced their engagement, but new reports show they have been married since March.

It has been a rocky marriage to say the least.

The wife of Pittsburgh Steeler backup quarterback Dwayne Haskins is charged with domestic battery after a July 3 incident at The Cosmopolitan of Las Vegas.

Kalabrya Gondrezick-Haskins, 23, is accused of knocking out one of his teeth when she punched him after a disagreement, according to an arrest report obtained by the I-Team. A piece of his tooth was found on the floor of a room at The Cosmopolitan.

Haskins was treated for facial injuries at Sunrise Hospital and Medical Center.

Haskins-Gondrezick was not in handcuffs during her interview with detectives because she had hurt her hand.

Kalabrya punched Haskins in the face because he went to Drais nightclub in Vegas while she was out at a Magic Mike show. She wanted him to wait for her and accused him of going to the club without her so he could flirt with other women. None of this was proven to be true as Haskins was with a bunch of friends just having a good time and celebrating him being married.

It also appears this isn’t the first time Kalabrya may have gotten physical with him.

Haskins showed restraint like men have to in these situations and just allowed himself to be beaten up. Sadly, the energy on social media has been a lot different seeing a man suffer from domestic abuse, but that is a discussion for another time.

The cops couldn’t even put handcuffs on her because her hands were so swollen from punching Haskins in the face.

Haskins has decided to stay in the relationship with Kalabrya, which seemed doomed from the start because they got together when she was cheated with him while with a Michigan State basketball player Nick Ward. Kalabrya played basketball at MSU.

Flip the page for that little nugget of a story and more pics-video of Kalabrya.