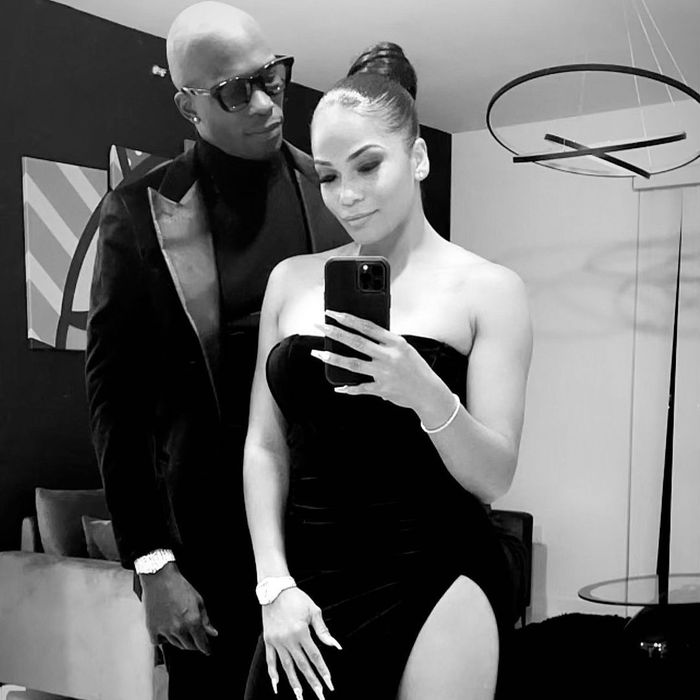 Overly-exited Chad Johnson hopped on Instagram, posted a photo of how it went down in the theatre and wrote:

Ocho is doing lashes on the side.

The former NFL player, 43, shared the exciting news with a photo of himself in a hospital gown cutting the umbilical cord.

Johnson also shared a series of videos of himself on his Instagram Story as he chatted with the newborn, who can be heard making cooing and crying sounds.

The Selling Tampa star first revealed her exciting pregnancy news exclusively to PEOPLE back in August. She learned she was expecting in the middle of shooting the show, making sure cameras were along to document the emotional moment.

“It was shocking. I think I was crying and laughing at the same time,” Rosado told PEOPLE at the time. “I just can’t wait. It’s actually going by so fast. I found out I was pregnant while we were filming, so time is flying. It doesn’t even seem like it’s been that long.”

“I always wanted a big family,” she said, “so I think with this last one, she’s just the perfect number to finish it off.” The mom added that she’s looking forward to the “amazing” newborn phase, though the “terrible twos” she could do without.

Johnson, who formerly used the last name Ochocinco, was a wide receiver for the Cincinnati Bengals and competed on season 10 of Dancing with the Stars. This is his eighth child.

Congratulatory messages are in order. Congratulations to Chad Johnson and Sharelle Rosado.

Flip to the next page to see the photo.

Prev1 of 6Next
In this article:Chad Johnson, Selling Tampa, Sharelle Rosado