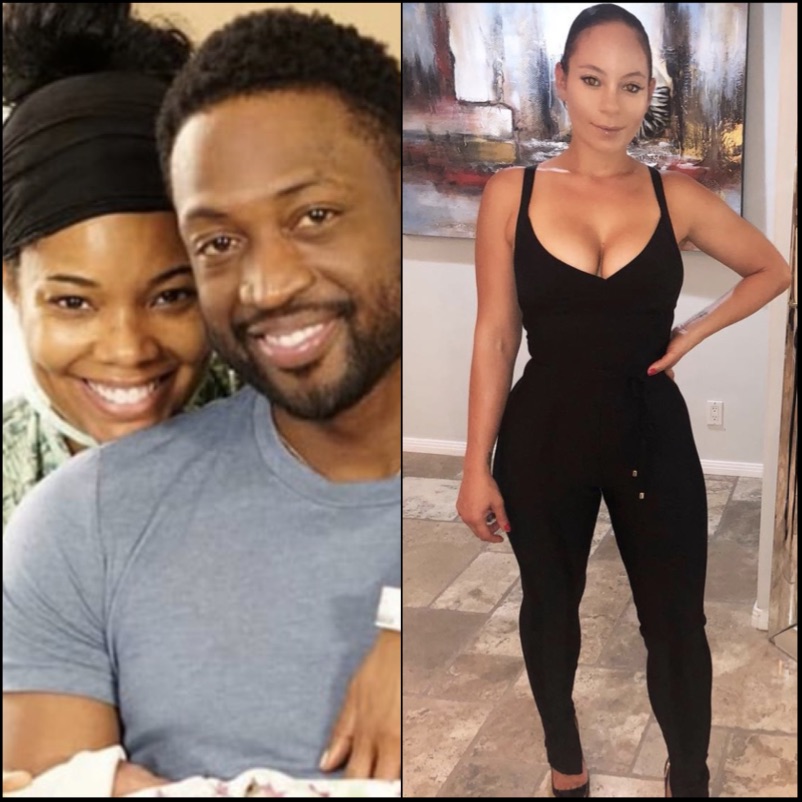 Depending on who you believe, Dwyane Wade was either on a “break” from Gabrielle Union, or he was just straight up cheating when he got one of his old side chicks, Aja Metoyer, pregnant.

Union had to make a choice.

She could either forgive Wade and get married or break up with him and become another 40-year-old single actress in Hollywood.

If you really think about it, the choice was easy.

In her book, though she points out while the choice was easy to make, it didn’t mean she doesn’t have scars from the experience.

Wade fathered a child with another woman in 2013 during a brief split with Union prior to the couple’s 2013 engagement. Union said they were “not in a good place” when the child was conceived but noted they were in a “much better one” when Wade told her.

Union and Wade chose to work through their issues privately, going on to tie the knot in August 2014 in a large ceremony in Miami, but Union said she struggled with the “trauma” and “embarrassment” behind closed doors as she was trying to conceive.

“To say I was devastated is to pick a word on a low shelf for convenience,” she wrote. “The experience of Dwyane having a baby so easily while I was unable to left my soul not just broken into pieces, but shattered into fine dust scattering in the wind.”

Union said she chose to “love him and forgive him” after Wade “worked to be forgiven” each day, but the actress questioned whether she would’ve made a different choice now.

“The advice I would give myself now is to leave,” she wrote. “The me of today would not have stayed with him, but would I be who I am now without that pain?”

I highly doubt she would leave today if Wade cheated, but that is my opinion.

Those words didn’t sit right with Metoyer, who threatened Union in the past and has threatened her again via Awesemo.

Although Metoyer hasn’t officially spoken out following Union rehashing the ordeal in her book You Got Anything Stronger?, the Basketball Wives star has been quite busy online.

“I avoid sh*t because I’m scared of ME, not you,” she shared via Instagram Story on Friday, September 17, adding: “Temper go from zero to prison real fast.”

Now Aja is back at it, seemingly threatening D-Wade in a message she shared on her Instagram story.

One has to wonder if Metoyer signed some sort of NDA because it is clear Wade is coming out of pocket to take care of their son.

Also, what could she say that would break the internet?

My theory and it is only a theory, but she could allege that she and Wade continue to see each other even after Wade married Union.

That definitely would cause massive shockwaves, but she seems like a lot of bark but no bite for now.

Flip the pages for her latest threat and thirst traps of Ms. Metoyer.