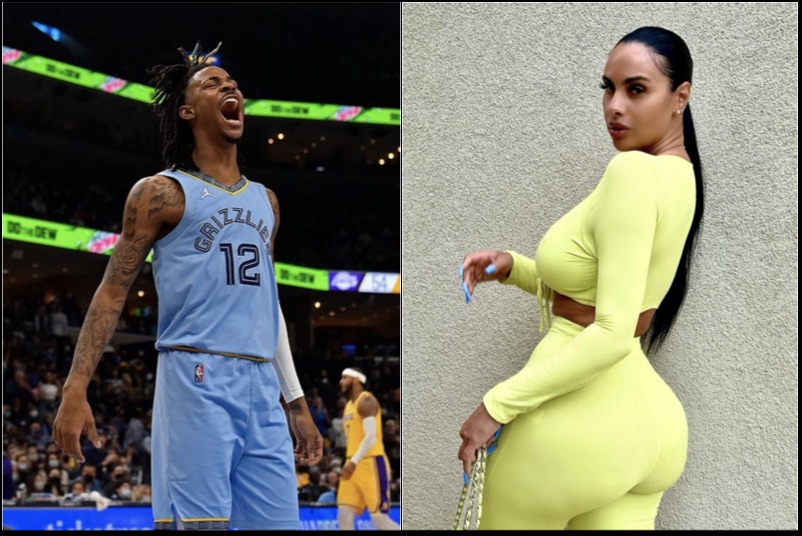 There has been an influx of young ballers dating older IG Models or a “Fashion Nova” model in Johanna Leia’s case. If you aren’t familiar with Leia, she is the mother of UCLA star recruit Amari Bailey.

Bailey befriended Drake, who in turn started dating his mother Johanna for about six months before they broke up.

They famously were spotted having a private dinner at Dodgers Stadium by a news helicopter.

Since then, Leia has been linked to several rappers and athletes, but now Awesemo has the wildest rumor.

According to their source, 22-year-old Grizzlies point guard Ja Morant is dating Leia. Here is what their source had to say.

The Grizzlies are currently third in the Western Conference (31-16) with a one-game lead over the Utah Jazz. Away from the court Ja is also having a lot of success.

Ja is being linked to Drake’s ex Johanna Leia, who also has ties to basketball. Leia has a basketball-star son, high schooler Amari Bailey.

We received a tip that Ja and Johanna are dating.

Via our exclusive tipster:

“Ja Morant has been recently linked to 40 year Johanna Leia. For those who don’t know who she is she is the mother of Highschool Basketball Star Amar Bailey. This tea is for those who are fans of Ja. He’s been liking all her pics and she recently followed him on Instagram. She’s been to a few of his games and he flew her out to Denver for his game tomorrow. Johanna has two kids. A 17 year old son and 7 year old daughter. There seems to be a trend now of young athletes dating older women.”

If we are being honest, the evidence is a bit flimsy. I am sure many ballers like Leia’s Instagram posts for obvious created body reasons.

With that being said, I wouldn’t be shocked if it was true, but my spider-sense is telling me this is just an athlete who is liking a big booty in his free time.

While you ponder if this rumor could be true, flip the pages for Leia’s thirst traps; you won’t be disappointed.