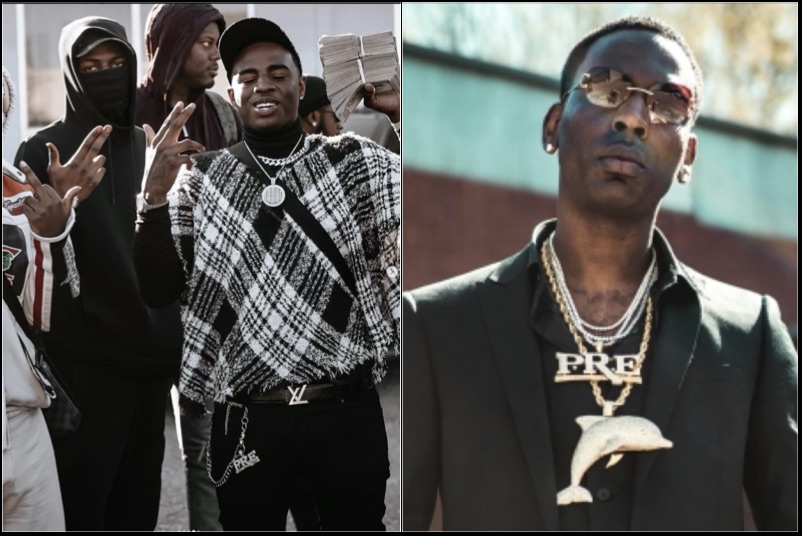 Young Dolph’s suspected killer Justin Johnson aka Straight Dropp was booked on sex offender charges in 2015 when he was just 17 years. He’s got a criminal record and this could play a vital role in the murder trial.

In addition to the Young Dolph case, the 23-year-old was also arrested on violation of sex offender registry charges.

In 2015, Johnson was arrested and charged with aggravated rape and robbery as a 17-year-old. As a result of the crime, Johnson was placed on the violent juvenile sex offender registry list at 19. Johnson was arraigned for the violation last week and was given a $5,000 bond although he remains in jail on the murder charges.

In addition to the rape charge, Johnson’s criminal history includes: serving nine months of a five-year sentence for a triple shooting at a bowling alley in 2017, drug and handgun charges in May 2018, and an indictment on federal gun charges in July 2018.

Prev1 of 5Next
In this article:Justin Johnson, Straight Dropp, Young Dolph