Jalen Rose on Rumors Molly Qerim Had Affair With Stephen A. Smith That Broke Up Their Marriage – BlackSportsOnline 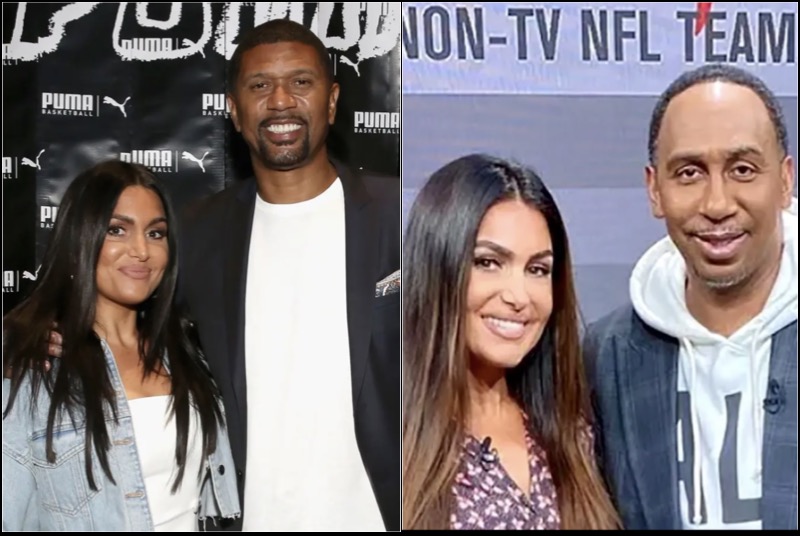 Jalen Rose released a statement that he and Molly Querim were getting a divorce.

Immediately the rumor mill swirled about why their seemingly great marriage didn’t work. Social media just randomly started a rumor that it was Stephen A. Smith that broke up the marriage because of some of his interactions with Querim on First Take.

As far as Stephen A. Smith, that also appears to be something social media has made up. Their relationship is professional as far as we know, and Smith and Rose are friends. So while some of Smith’s actions on the show seem a bit flirtatious, there is nothing to it, just something for social media to make jokes about. Never say never, but I doubt Stephen A. would do that to Jalen and then have to sit next to him on the NBA Countdown set multiple times a week.

Rose spoke to GQ via the NY Post about how the rumors bothered him considering he still works with Querim and Smith.

“I still see that, by the way. I might say something about someone’s team and I’ll see, ‘That’s why Molly left him!’ or ‘That’s why Stephen A. kickin’ it wit’ yo ex-wife!’ That’s not true. But, when it happened, it’s two ways for me to handle it as a professional: I work with him, I got love for him, and that’s my brother. I got love for her, we were friends before we were married, we just didn’t work as a couple. I just saw her today. We cool! But for me to see the speculation and for people to assume that was why, it bothered me.”

Rose spoke on how it hurt to see them all trending for the drama.

“It was trending [online], [Smith] was trending, [Qerim] was trending, I was trending. It was a real thing,” Rose said. “And, like, am I about to respond to that? It gave me a real fork in the road. But I didn’t, because I knew it wasn’t true. I would just be fueling those people. Not responding, and finally sprinkling some here and there, it made people who ran with it look less credible. We discussed it. It’s why none of us said anything. People would say, ‘Jalen’s a sucker, Stephen A. snatched his wife and he up there workin’ with him,’ or ‘Look, at Molly, she was talkin’ to Jalen yesterday now she kickin it with…’ That ain’t happen. We all looked at it like: it was such a reach. That’s why none of us have spoken on it.”

Social media is like a snowball going downhill, it doesn’t take long for it to turn into an avalanche.

Hopefully, this clears everything up.

Flip the pages for more on the rumor.