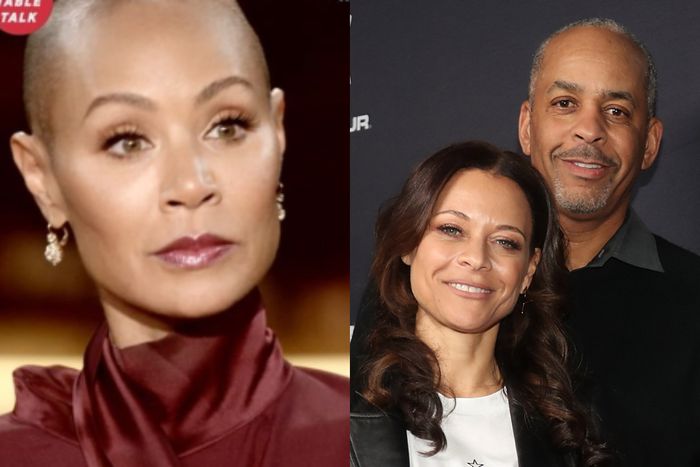 Jada Pinkett Smith had an interview with Stephen Curry’s mother Sonya Curry somewhere in 2019 where she reflected on her marriage with Dell Curry. Jada’s reaction to Sonya talking about her marriage and how life changed after getting married to Dell caught the attention of viewers. Well, Essentially Sports termed Jada’s reaction as “rarely seen” in the below publication;

In one of the episodes of Red Table Talk, Jada Pinkett Smith, Willow Smith, and Gammy travel to North Carolina to the private home of NBA Royalty to meet the queens of the Curry family.

They talk about entrepreneur and chef Ayesha Curry who’s the wife of Steph Curry; Steph’s sister Sydel Curry-Lee, his mother Sonya Curry, who is married to NBA veteran Dell Curry; as well as Callie Rivers, who is married to Steph’s brother Seth and is sister to NBA star Austin Rivers.

Steph’s mother Sonya got real about how life changed when she and Dell married at a young age. She said, “Each stage different things fuel the marriage. There’s different types of commitments at different levels. First commitment was to the person, because you are in love. The second one, you are committed to the family. Cause you gotta build this and to some degree you are committed to kids. When you are going through bumpy times, you think a lot about kids. And the third part is ‘woah nobody’s here?’ It’s just us. He looks at me and goes, ‘you’re not that 18 years old that got married to me’. And I look at him and go, okay.”

It seems like this Red Table Talk was the catalyst for Sonya to leave Dell and have an affair with one of his friends Steven Johnson.

Many people will think this sounds like a Tyler Perry movie, but this happens in real life a lot.

Sonya started confiding to Johnson about the problems in her marriage, and next thing you know, they were playing naked twister.