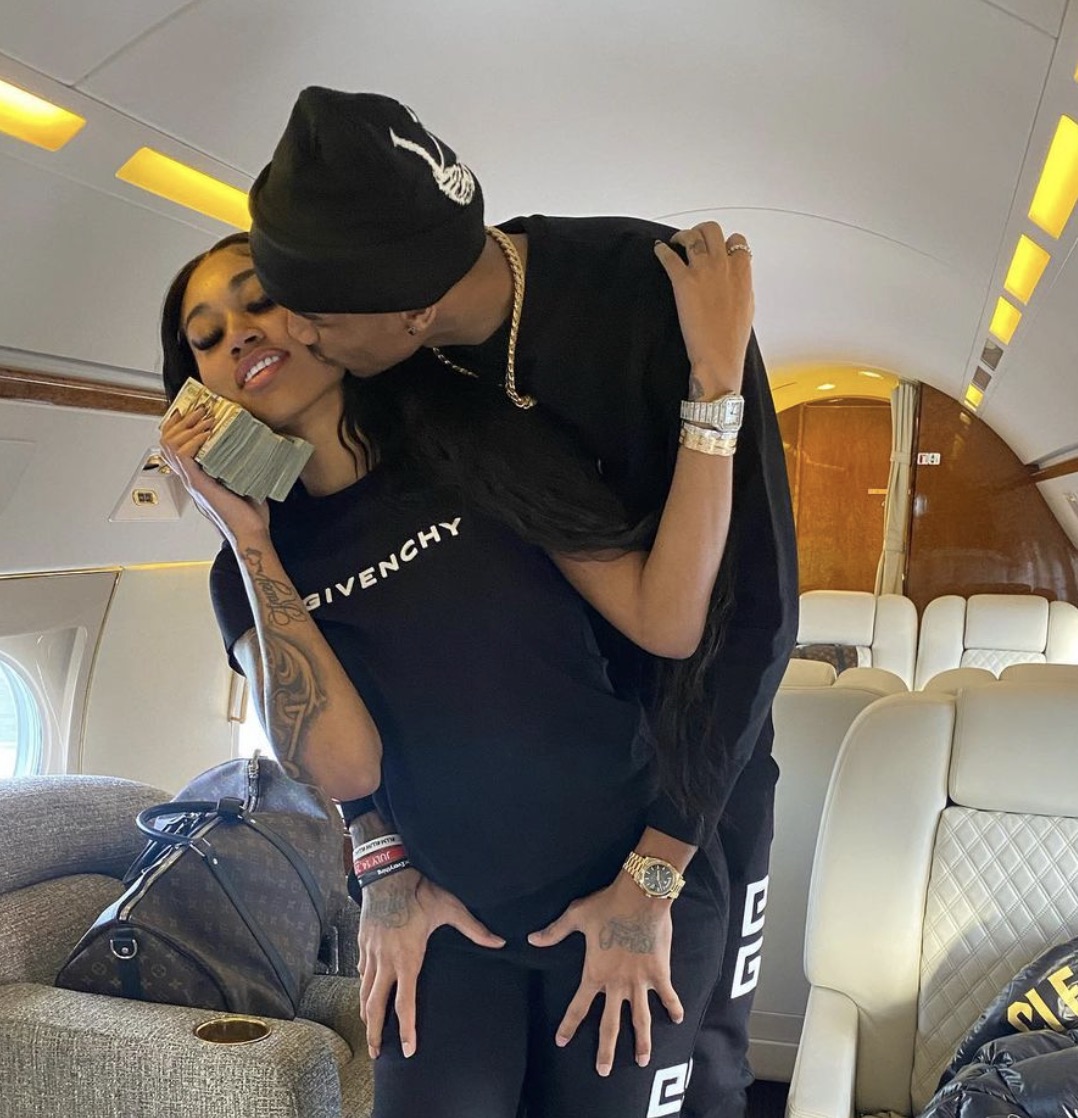 Dejounte Murray and Jania Meshell are back together after they called it quits and to spice things up, Jania has gotten another tattoo after she removed a previous one following their split. Jania had tattooed Murray’s name on her chest but got it removed following their split and now, she’s replaced it with another one via Side Action;

There are always rumors involving these two, as they have had a back-and-forth relationship for years. They split back in May 2020 after Murray tried to leak some of her personal photos. It was the first few months of the pandemic and it hit the couple hard.

Jania tattooed his name on her chest when they began dating. Apparently when they were broken up Jania got the tattoo removed. Now once again she’s back with a new tattoo with Dejounte’s name.

Jania took to Twitter to argue about why she would once again ink Murray’s name on her body.

In case they break up again, she would get this new tattoo removed as she did with the first tattoo. Why is Murray not tattooing her name on his body too? This is a one-sided affair leading to a mess.  Jania is NBA Youngboy’s Baby Mama, she also has him tattooed on her body along with former boyfriend boxer Devin Haney.

Jania needs to stop getting tattoos of the men she is dating. She has one of NBA Youngboy, another guy I forgot about, and boxer Devin Haney.

The problem is that all the men leave her. Devin Haney went on Instagram and called her bird.

Pooh Sheisty says she was in his DMs.

Hopefully, the relationship with Murray last because it has to be expensive to get, remove, and then get tattoos all over again. Murray says she is the love of his life, but we shall see how it all works out in the long run.

Flip to the next page for the photos…

Prev1 of 5Next
In this article:Dejounte Murray, Headline, Jania Meshell