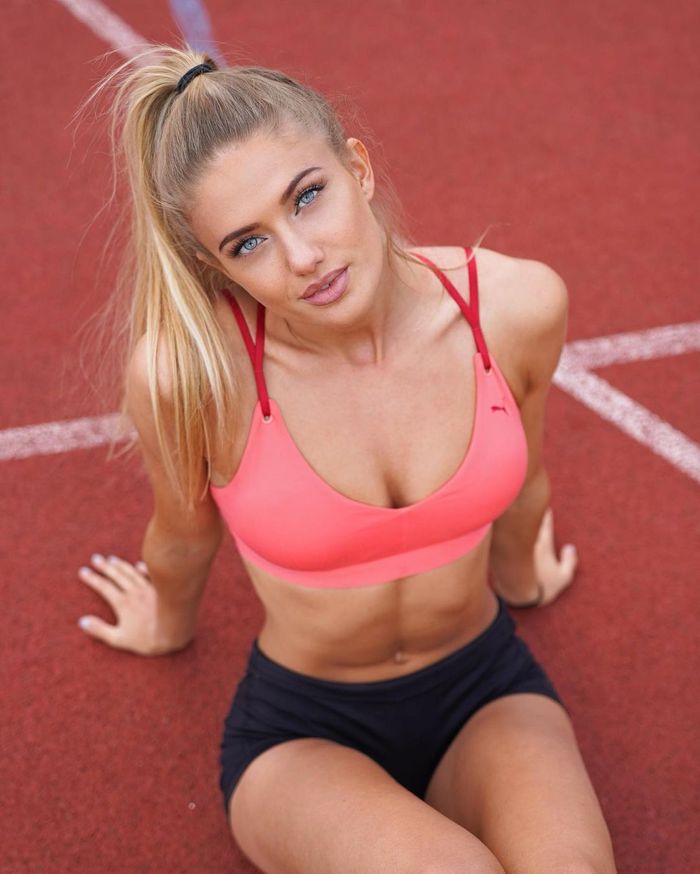 Alica Schmidt, dubbed the “World’s Sexiest Athlete,” has over 3 million followers on Instagram. And she likely knows it has more to do with her insane good looks than her world class athleticism.

The German runner has gained a ton of attention over the years because of her model good looks and the title as the sexiest athlete.

Schmidt is an influencer, does some modeling, and runs track. However, she wants to be known more for being an athlete.

Speaking to German outlet Bild about her newfound fame, Schmidt said: “These are all moments and experiences that I really appreciate.”

“I just want to be perceived as an athlete, I want to inspire young people and give them an insight into my beautiful sport. The fact that I get to meet so many incredibly interesting people is still unbelievable for me and I am infinitely grateful for all these experiences.”

The runner is currently targeting a medal in the 400m German Athletics Championships in Berlin while also gunning for gold in both relay and individual events at the European Championships in Munich later this year.

I hate to break it to her, she isn’t an Olympic-level athlete so she needs to lean into the IG modeling because that is where the money is coming from.

She is very beautiful, so everyone loves to see her on the track, but she normally isn’t coming in first.

That is the real situation.

Prev1 of 6Next
In this article:Alica Schmidt, Headline