Teofimo Lopez Confirms His Wife Left Him While She Was Pregnant and Before George Kambosos Jr. Fight – BlackSportsOnline 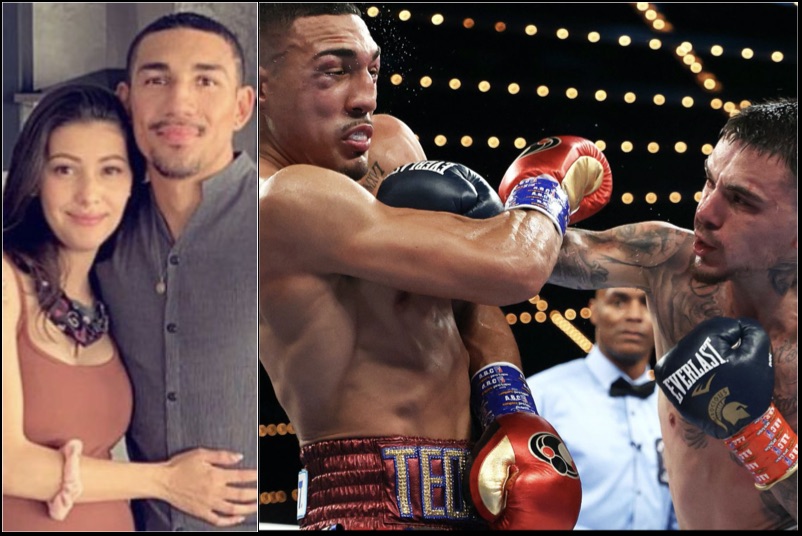 Teofimo Lopez has spoken openly in the past about his mental health issues and how family drama has contributed to them. He often thanked his wife Cynthia for saving his life and grounding him. She was the one who encouraged him to go to therapy, try to become a better man, and deal with his demons.

They announced earlier this year that they were having a son and everything on the surface looked amazing, especially after the win against Lomanchenko.

Sadly, between announcing the pregnancy and the George Kambosos Jr. fight, they separated, and that news comes from Teofimo himself. She gave birth to their son only two weeks ago, and no one knows if Teofimo was even there for the birth.

He had a lot on his mind going into the fight with Kambosos Jr. because he put on a terrible performance.

Lopez was delusional after the fight claiming he won 10 rounds to 2.

“I’m a true champion. I came out here and I did what I had to do, I went out there and I did my best. I don’t care what anybody says man. I am as real as they come. This is ‘The Takeover’ man. We don’t stop, we keep coming. I love you all. I won this fight.

“I know what it is. I know how these people work. The referee knew I won tonight. Everybody knew I won tonight and I’m just thankful. I don’t believe it was a close fight at all. At the end, I scored it 10-2,” Lopez said.

Teofimo was booed by his own fans for these remarks.

There needs to be a lot of soul searching that needs to be done for Teofimo. Whatever he did to his wife, he should apologize and try to get her back because she was a good woman and potentially saved his wife. He needs to think about the choices he is making out of the ring, and finally, he needs to think long and hard about if his father should be his trainer in the future.

Teofimo deleted his Twitter account after people said he was disrespectful for not congratulating Kambosos Jr. on his win.

Flip the pages for highlights from the fights, Teo talking crazy post-fight and his wife leaving him.