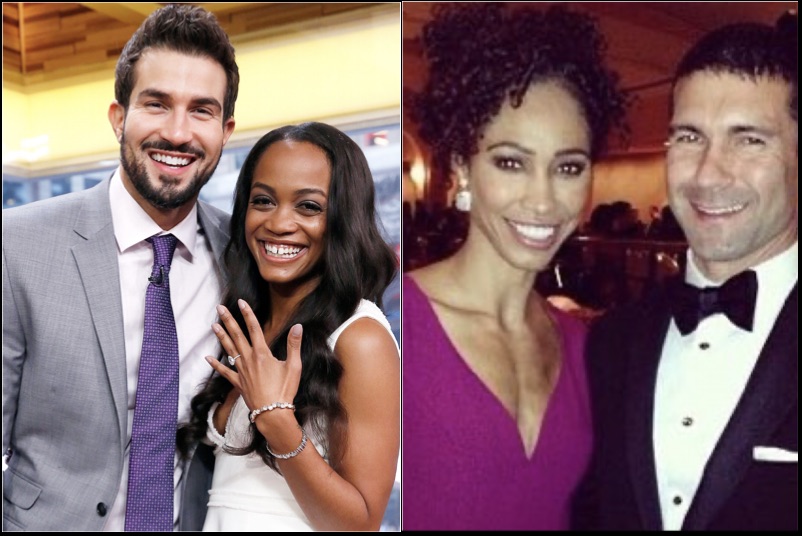 I have been telling you for years that Sage Steele, who is black no matter what she tries to tell you, hates black people. She goes out of her way publicly, and the story I am about to tell you privately degrades and demean black people. She does it to black men and women equally. She even talks badly about her black co-workers.

Rachel Lindsay was the first black Bachelorette in the history of the show. In the end, she chose Bryan Abasolo, and they are still married to this day which is a beautiful thing as I have no issues with interracial marriages, but I do have a problem with someone like Sage Steele going out of her way to say if Lindsay would have chosen a black man that would have been an inferior choice.

Here is Lindsay telling the story on her Higher Learning podcast with Van Lanthan.

Former Bachelorette Rachel Lindsay has revealed that when she first met ESPN’s Sage Steele, the anchor praised her for not picking a Black man on the hit ABC dating competition series.

“I like Sage. She’s a woman of color who had a long career in the media, and I’m aspiring to this, but then I’m listening to you, and the first thing you say to me is how thrilled you are that I didn’t choose Black. And I’m like… who is this woman?” Lindsay said on the podcast. “Since then, I’ve started to learn more about how problematic she can be,” Lindsay added.

This is on-brand for Sage, who is currently suspended from ESPN not so much for talking bad about black people, but for slamming the company over their mandate policy before catching COVID-19 herself.

It is ironic that Steele would say this considering her white savior husband Jonathan Bailey that she told us to praise left her high and dry and is living off her alimony checks. At this point, no man wants Sage, white or black. Imagine that?

You ever wonder why EPSN never speaks up about Sage Steele talking sh*t about Black women, Black Men, Black Kids who get shot by the cops, her black co-workers, her black dad, black presidents, black athletes or the entire black race?

I have the answer to that, just listen… pic.twitter.com/NWCSxnYFSl

Flip the page for Lindsay speaking on the first time she met Sage and Sage’s other problematic comments.